So I had a moment...bare with me

An interesting comment was posed about my or the use and possible overuse of discarded items. Which first made me smile then laugh then suddenly a large defensive wall went up and I felt like I was being personally attacked ( a very bad reaction I often have, so much so that an hour earlier my hubby asked me something and when I answered he said “honey that was not a personal attack.) ** I DO NOT believe this was the intention of the commenter. I DO believe it was an innocent thought and a good one. This post is merely the manifestation of that comment in my little world and is in no way intended to offend or upset the commenter as I think she has a lovely blog and is a very intelligent and talented person.

On to my manifestation and the answer to the comment

The art of creating and often, especially for me, re-purposing is one of the reasons why I love blogging and its ensuing community. I did not set out for this to be a political platform or a green space. Nevertheless, there is a lot of Green in my beliefs. I think that many of you will agree that we are conscious of our use of materials. Let’s face it we are all living in a plastic loving, readymade, fast food society. Most of us are trying to do our part. Take this and this for example. Last year there was a widespread “use what you have” movement circulating throughout blogland. So the question, could ones use of broken dishes and cast off shoes turn a garden into a landfill with flowers. I suppose it could. I can also suppose the mate to the said boot is resting comfortably among the flies and other cast off items in such a place. I am just trying to limit my contribution to that space.

As for artful, I find this an interesting thought, for one "artful" is relative, I was just telling another blogger how using half of a broken mug in a planter and its esthetic appeal satisfied my craving for a quick creative fix, when my creative time is so limited. To me, doing this little thing was both creative and artful. Indefinitly however, is a long time and I don’t expect to do anything that long, besides I believe in balance. Near the broken pitcher is a beautiful rock that we found hiking in one day (and had permisson to take). In the same garden is a brick that was part of the landscape my father did at the house I grew up in, placed near some transplanted flowers that were his. My father passed away four years ago. This particular garden is a balance of favorite things and precious momentos.

For my purposes, I try to limit my use of the broken and the discarded in my garden to those that were favored. The life spans of these items in the garden are significantly shorter and when they expire they are broken further to be used in the bottoms of pots for drainage as will the boot-cut up. Such items and things like packing peanuts, that seem to arrive at Christmas, are great to put in bigger pots as filler. They serve for both drainage and save on potting soil. I had thought to post a picture of the particular garden in its entirety but I decided against it as I do not want to indulge my self-inflicted feeling of this comment being a personal attack. I know it was not. So thank you for your thought provoking comment and questions and giving me cause to think deeper into the why of things.

Anina said…
Oh, here I am, the first one to comment again...
I really don't think that comment was meant as criticism to you, but more as a stream of thought.
I love your boot and your pitcher and I completely understand the small pleasure you get out of the creativity of making something pretty on a whim with something that would otherwise have been discarded.
I understand the part about taking everything personally though. I used to be really bad with that, but "old age" has mellowed me out somewhat.
9:04 PM

Breanna said…
Natasha,
I am someone who brings treasures home from the dump on a regular basis, and I truly appreciate your posts and your creativity. Have a great weekend!
3:55 AM

LA said…
I enjoyed this post because I often follow the same pattern of thought that you did. In the end I'd be fuming and taking great offense. I think you channeled it well.

Plus it is your blog and you can cry if you want to! :)

Anonymous said…
Beauty is definitely in the eye of the beholder. Something folks don't often realize is that many of the creatures I make are from recycled clothes: sweaters, gloves, socks, scarves, etc. I find them in closets and in thrift shops. I use them because they are a source of low cost raw materials and because otherwise they would probably be wasted. I'm one of those "save the planet" types I suppose. Part of the challenge for we artist types to reuse materials in new and beautiful ways. I really love the challenge of taking something and transforming it into something else entirely. :)
7:06 AM

Roxanne said…
I think I would have felt the same way, even though I'm sure she didn't mean it to offend. It's hard to always take things the right way when you aren't hearing the comment in person. We miss out on a lot of meaning I'm sure - hearing a sarcastic tone or laughing or even a facial expression can sure change how you understand something, doesn't it! Anyway, I think your art is awesome! Keep it up!!
6:23 PM

Rebecca said…
I'm such an upstart, I would have felt the same way. But you are right, I doubt it was meant as a jab at you personally. I'm the queen of reusing, hence my problems with over crowding. I'm also know as "that crazy recycling lady" (mostly by my husband) as I try to recycle EVERYTHING. I think it's a big reason why I thrift. Oh and because I'm a treasure hunter at heart. ;)

I'm sorry I missed your drawing! Maybe Leigh Ann will show me her wonderful prize when I see her next.
12:22 PM

Angelina said…
Ah, that was me and I SO didn't intend for it to be a criticism, I merely was wondering how much of my own stuff I could use this way and wondered if one can use all of the things that break but are loved in such an artful way or would people start to think I was cluttering my yard.

I thought the use you put your pitcher and boot to in the garden was very charming.

I actually find myself very inspired by other people's creative use of what most people think of as trash and am always trying to be as creative.

In fact, my husband is a "recycled art" fine artist (some people prefer to call it "assemblage"-with a French accent of course.) So I have a deep respect for the ability to take "trash" and represent it into something beautiful, or useful in a new way.

Oh my gosh, I feel so bad for having made you feel that way! Please forgive me.
9:09 PM 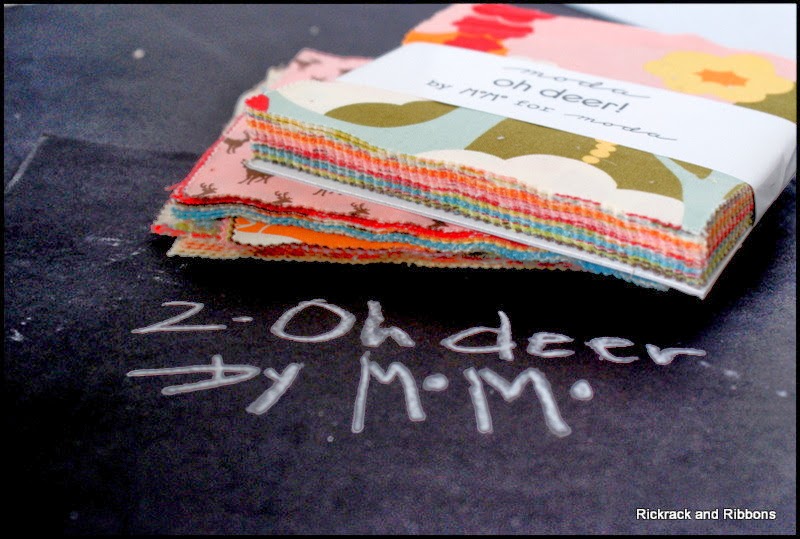 I thought it would be fun to do a Sunday Stash link up and also a great way to look at what I have and what I have purchased. Shall we take a look at my stack of charm packs.       I love charm packs, they are like a sample pack of all the great fabrics in a line. But without the commitment.        I usually buy two of them especially if I love them. But every once in a while I get just one.     This is one of those times but this was a gift so its not like I can say, "hey gift giver why be so stingy and only give me one charm pack of this adorable line."   See that sounds really bad so I just said, "oh thank you." Better, right?      I fell head over heals for this line the minute I saw it. I actually have several larger pieces of it that I can use to make a bigger quilt.         Aneela Hoey is one of my favorite designers, I love the hand drawn look of her fabrics and their sweet simp 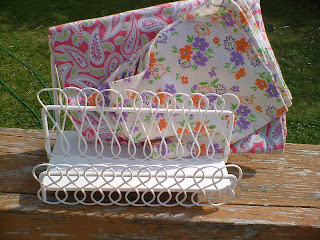 Golly gee wilickers, where did the week go? I have been swamped with homework and am trying to finish up one class before the next starts, these classes are accelerated and often overlap each other. So I have a final and four other papers to finish before Tuesday. This post will be brief. Focus pocus. Troy and I ventured out yesterday for the first time alone in a loooooooooooong time and found ourselves at the once a year flea market. (is it me or does the word long in that all stretched out state look like a weaner dog?) What is this oh so pretty fabric you ask? These are full size, intact, blemish free- feed sacs that I found at the flea market!! I was so excited I cannot even begin to tell you!! I have only seen them cut and did a little dance upon discovering these little gems. I have know idea how much these usually are, but I paid three dollars a piece for them. I would have bought more but my budget is a bit restricted...ahem. No matter I did get these two and love them. T 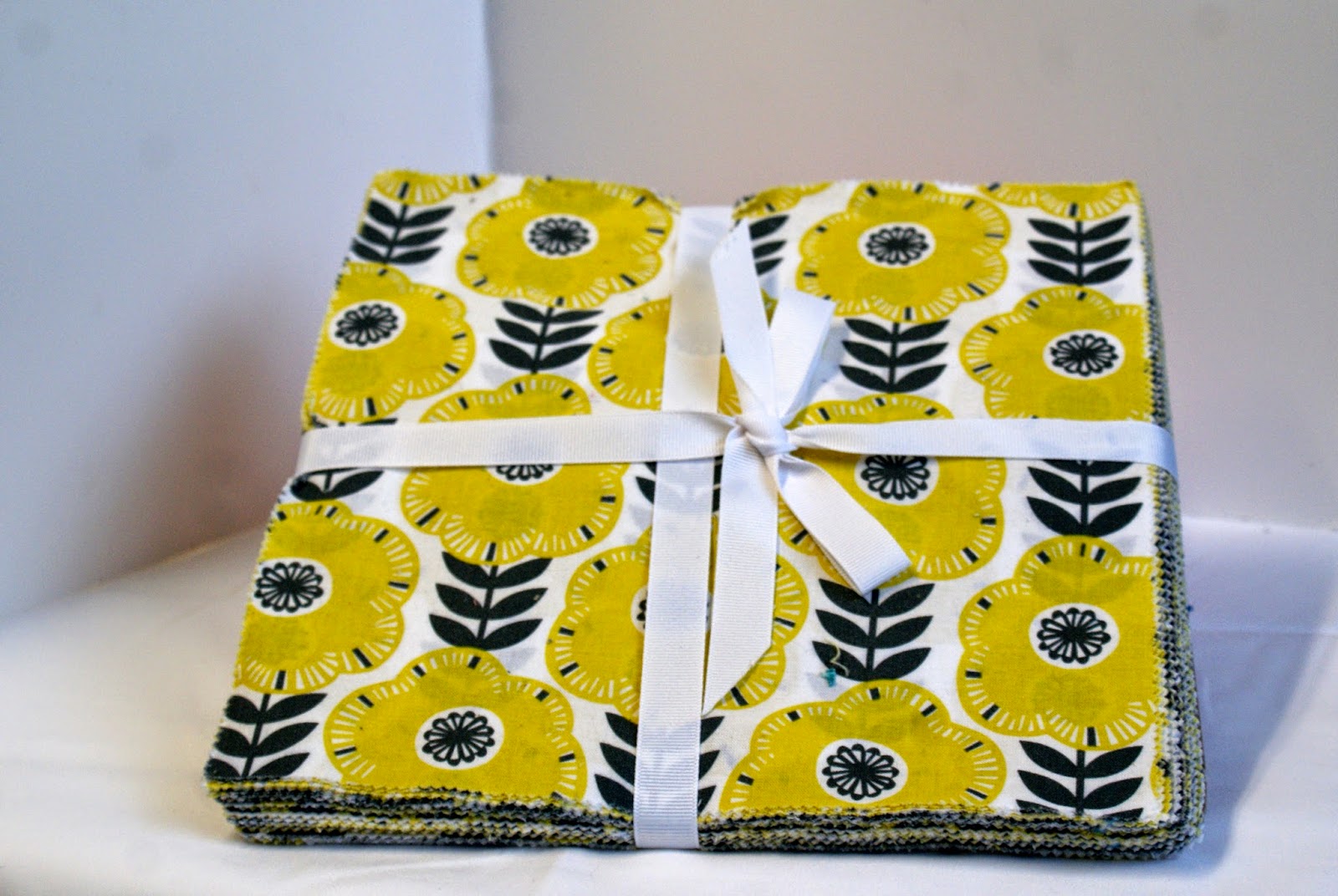 I thought I would partake in a little stash reveal. I swear I have the best intentions...such as when I started posting Sunday Stash posts. Yet, it seems the last one was last  April and I only posted twice. Yikes.  So here I am jumping back on. Maybe #5 will  be in 2020. Shall we get done to the business of said Stash reveal... First up a layer cake that  was a gift from my sister at Christmas. It is call Pastel Pop of the Michael Miller fame.  It is an amassment of greys and yellows all gratifyingly designed. Yes, I like.  Next up are a pre-Christmas purchase I made and intended them to  become Christmas gifts. Oh crap intentions again. The beauty on the top is Kokeshi by Suzy Ultman for Robert Kaufman. I am a little infatuated with it.  Under that delightful print is a stack from Riley Blake. Whose designs I am also a little infatuated with.  My what big eyes you have..... I was the fortunate recipient of a gift certificate to F